Economic Potentials and Opportunities in Afghanistan 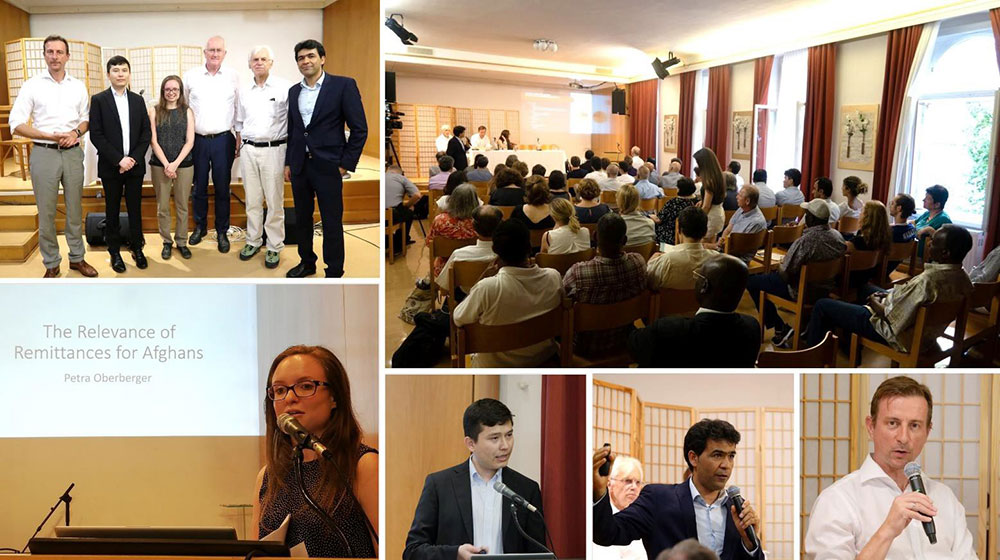 June 25, 2019 the Austria-Afghanistan Society in cooperation with UPF Austria and the Vienna Institute for International Dialogue and Cooperation

organized a roundtable discussion on the topic „Economic Potentials and Opportunities in Afghanistan“, which was attended by 70 guests. In times of protracted crises, armed conflicts, deteriorating security and peace talks in Afghanistan, this panel discussion focused on an underestimated, but very important topic: The economy crisis in Afghanistan that has severe implications for the population and is directly related to human security. In this context, the panelists did not only focuse on the big economic picture, but in particular on potentials and opportunities for the population, exploring bottom-up approaches, alternative livelihoods, remittances and how to make a living with small businesses. After words of welcome by Mr. Peter Haider, President of UPF-Austria, Dr. Friedrich Schwank, president of the Austria-Afghanistan Society gave an introduction to the topic. The panel included Mr. Razik Azad, who spoke about “The socio-economic Situation in Afghanistan”, Mr. Baktash Jami, who passionately introduced to the audience “Economic Potentials and Opportunities in Afghanistan” and Ms. Petra Oberberger, who presented her research about “The Relevance of Remittances for Afghans”. The economy of Afghanistan has had significant improvement in the last decade due to the infusion of billions of dollars in international assistance and remittances from Afghan expatriates. The assistance that came from expatriates and outside investors saw this increase when there was more political reliability after the fall of the Taliban regime. The nation’s GDP stands at about $70 billion with an exchange rate of $20 billion (2017), and the GDP per capita is about $2,000. It imports over $6 billion worth of goods but exports nearly $1 billion only, mainly fruits and nuts. Despite holding over $1 trillion in proven untapped mineral deposits, Afghanistan remains one of the least developed countries on the planet. About 25% of its population is unemployed and lives below the poverty line. Many of the unemployed men join the foreign-funded militant groups or the world of crime, particularly as smugglers. The Afghan government has long been pleading for foreign investment in order to improve Afghanistan’s economy. Dr. Markus Gauster, a board member of the Austria-Afghanistan Society and the main organizer of the event, moderated the discussion and spoke about projects his society is organizing and planning in Afghanistan. (Author: Peter Haider, UPF)

Economic Potentials and Opportunities in Afghanistan from UPF Austria on Vimeo.